Home » Celebrities » Ashley I. Knows Who Nick Viall Is Dating — But It’s Not Andi or Demi

Who in the world is Nick Viall dating? Ashley Iaconetti may know the answer but she’s only dropping one clue.

“I have an idea but if he hasn’t said anything about who it is then I’m not saying anything,” the 32-year-old Bachelor in Paradise alum said on the Tuesday, June 23, episode of her “Almost Famous” podcast.

After cohost Ben Higgins asked, “Is it somebody from the Bachelor world?”

Iaconetti added, “If it’s who I’m thinking about, no.” 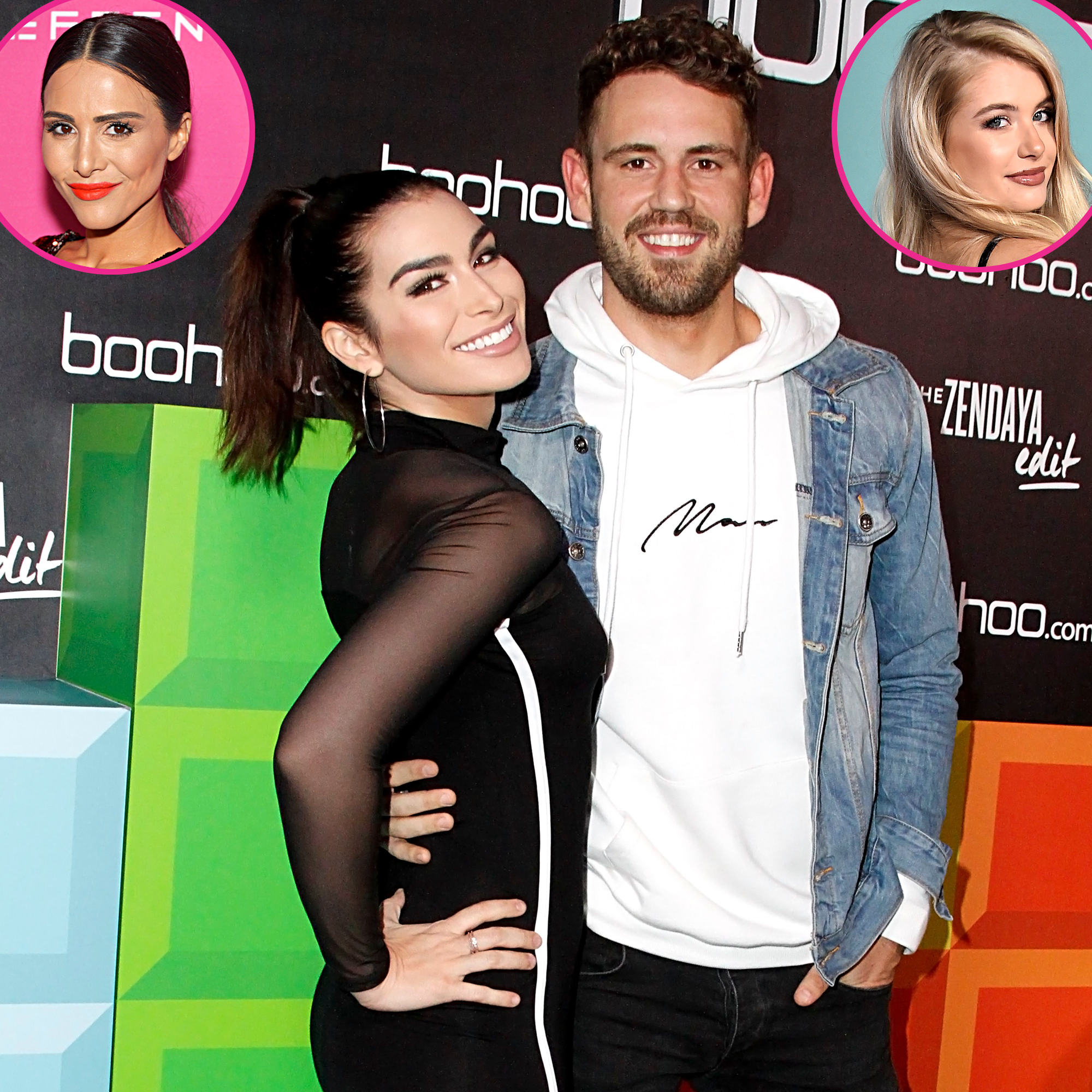 On his own podcast, “Viall Files,” the season 21 Bachelor cleared up rumors that he was dating ex Andi Dorfman after they were spotted on a run together in Los Angeles.

“Andi just moved to L.A. I got a text the other morning like, ‘Hey, guess who moved to L.A.’ I’m like, ‘Oh, cool.’ Andi and I are friends, we’ve been friends, we’ve been strong acquaintances over the years,” Viall said on Tuesday’s episode. “We’re not the type of friends that call each other for help or to vent but she right now is staying near where I live and so she’s like, ‘I’m going running, do you want to join?’ I said, ‘Sure.’ And, you know, sure as s—t somebody decided to take a photo of our backs.”

A source told Us Weekly that Viall, 39, and Dorfman, 33, were just “friends” earlier this month after they were spotted on their jog. The It’s Not Okay author and the Dancing With the Stars alum met during Dorfman’s season 10 of The Bachelorette. While Viall made it to the final two, the attorney ultimately picked Josh Murray. The twosome called off their engagement in February 2015.

“Not dating Andi but I welcomed her to L.A. and she seems to be doing great and she’s into the whole running thing and I’ve been running a lot lately and so, yeah, nice to see her,” Viall added on Tuesday’s episode of “Viall Files.”

Days after the fan speculation about Viall and Dorfman, Us broke the news that Demi Burnett and boyfriend Slater Davis called it quits after four months together. The Natural Habits essential oils founder subsequently shared a photo with the Bachelor in Paradise season 6 star, prompting fans to think they were in item.

“No, no,” Viall replied when asked about dating Burnett on his podcast. “Sometimes when you go through personal experiences, you touch base with friends and then your friends are like, ‘Yeah, I’ll be there for you,’ you know? ‘And be friendly.’ Yeah, it’s one of those things. Sometimes it gets frustrating. I guess it’s just, I don’t talk about my dating life too much so[,] naturally, when I’m seen with other women who are friends, there’s always going to be speculation and I guess it is what it is. But I am not dating either of those two and I’m not going to be dating either of those two and quite frankly it’s something I can safely say about anyone from the Bachelor franchise. They’re great people. I just don’t see it in the cards. I don’t think I could ever say that enough where it will still never come up.”

Viall first teased he was seeing someone during the June 16 episode of “Viall Files.”