Home » Celebrities » Denise Van Outen, 45, reveals she is gearing up for the menopause

Denise Van Outen, 45, reveals she is preparing for the menopause with oestrogen-boosting gels

For some women, the start of the menopause can bring life to a dramatic halt.

But Denise Van Outen, posing here in fishnets and tassels ahead of a new cabaret role, has vowed not to let it slow her down.

The 45-year-old actress and singer says she is combating its onset by combining regular exercise with the use of bioidentical gels – natural chemicals from plants that mimic hormones such as oestrogen. 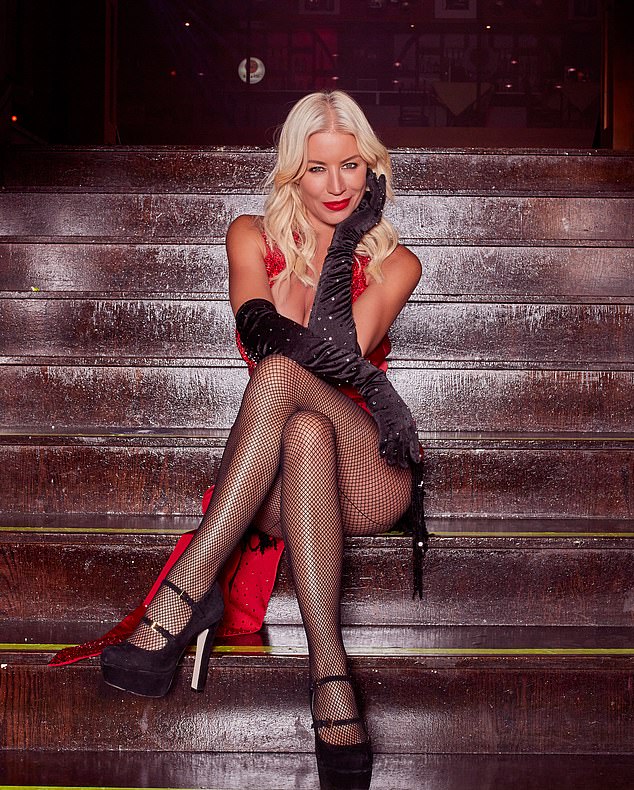 Denise Van Outen, 45, poses in fishnets and tassels ready for her upcoming cabaret hosting role as she reveals she is perimenopausal

Miss Van Outen was left feeling ‘out of sorts’ after tests revealed she was perimenopausal.

The term refers to the time when a woman’s body is transitioning into menopause, which is reached when there has been no menstrual period for 12 consecutive months.

But she said she has ‘felt great’ again since she started using the unregulated bioidenticals gel.

She told the Daily Mail: ‘I kept feeling really tired and I felt out of sorts so I went to my GP because I couldn’t work out what was wrong with me.

‘They did a test and they discovered that due to hormone changes I wasn’t producing enough progesterone and that was making me feel out of sorts.

‘I take the bioidenticals, I use the gel, and I’ve felt great since then.’

Miss Van Outen, who has a ten-year-old daughter, Betsy, with her ex-husband Lee Mead, said she doesn’t ‘really know that much about’ the menopause and said most women learn about it only when they ‘discuss it with mates and find out what it’s all about’.

She urged women to ‘re-educate’ themselves on diet and fitness at the first sign of hormonal changes.

She is currently gearing up to host Cabaret All Stars at the Proud nightclub on the Embankment in London.

She said she is feeling fitter now than in her 20s and 30s, and has also cut down on drinking alongside her partner Eddie Boxshall. 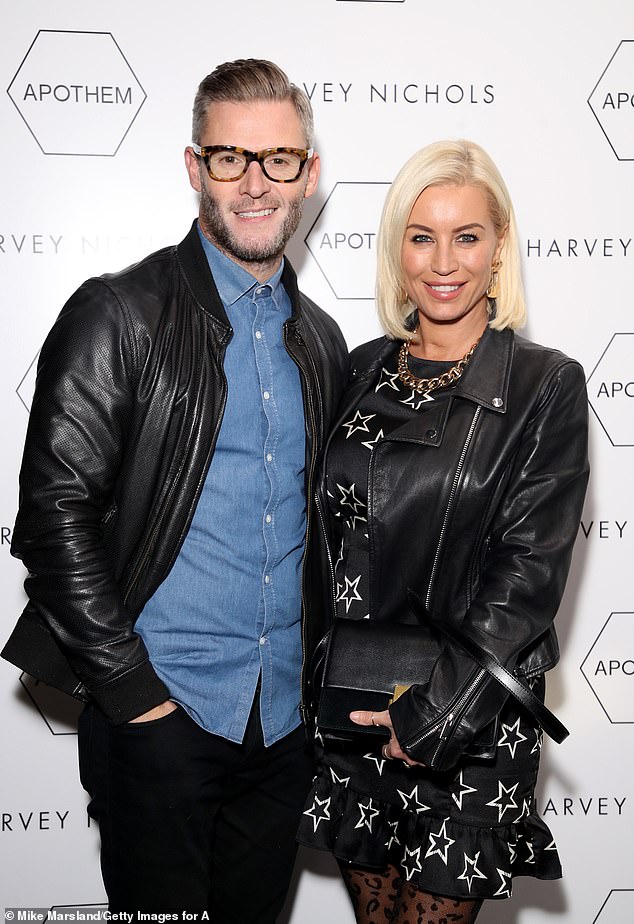 The actress and singer said she is combating the onset of menopause by combining regular exercise with the use of bioidentical gels. Pictured here with partner Eddie Boxshall in 2019

Bioidenticals, usually taken from yams, are popular with women desperate for relief from anxiety, depression and hot flushes in their older years.

They act like hormones such as oestrogen, which were produced naturally by a woman’s ovaries during her child-bearing years but start to disappear in the years leading up to menopause.

Taking a bioidentical in tablet, patch, gel or spray form helps to replace the lost hormones and relieve symptoms such as night sweats and hot flushes.

Experts say they are not problematic when prescribed by a doctor, but they are concerned about products sold by some pharmacies and internet firms.

They are not as stringently regulated as medications, and there is a lack of high-quality evidence that they are safe and effective, according to the British Menopause Society.