The Chase quizzer Mark Labbett, 54, said he believes he had coronavirus back in February after experiencing symptoms. The Beast star said he “didn’t eat” for two weeks after falling ill, which has contributed towards his ongoing weight loss journey.

ITV were brilliant, and took no chances.

He revealed: “I got suspected Covid at the end of February, and got sent home from work, for the first time in 15 years.

“ITV were brilliant and took no chances.”

Mark went on to say he didn’t get tested for the deadly disease, but experienced symptoms such as a high temperature and a loss of appetite.

He went on to explain: “Because the testing capacity was so limited then, I never formally got a test but all I can say is that for two weeks I had complete loss of appetite, no sense of smell, a temperature, exhaustion and the worst fever of my life.” 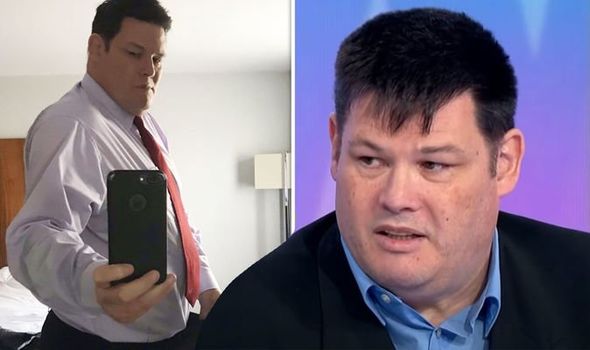 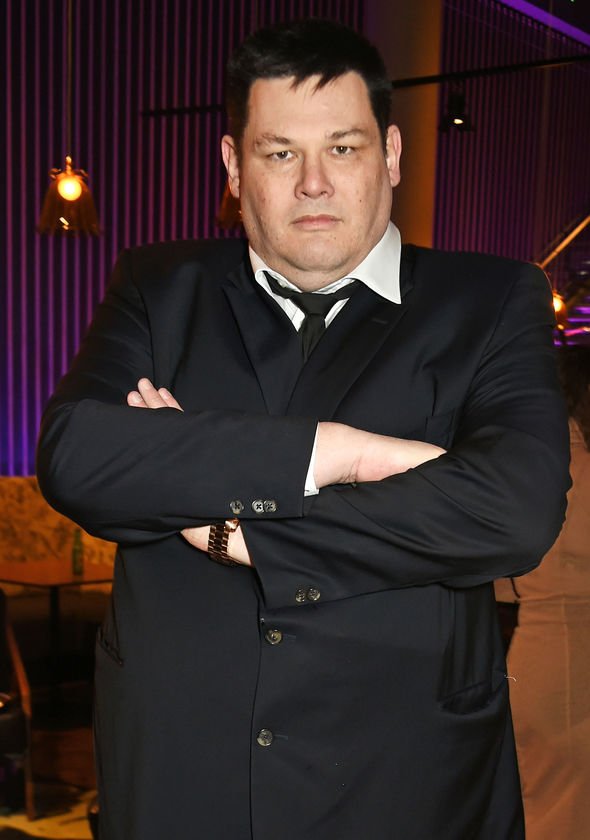 “I basically didn’t eat for two weeks but since then the weight has continued to drop off because I have continued to eat sensibly. I knew I had to,” he added to The Sun on Sunday.

Coronavirus symptoms include; a high temperature, a new, continuous cough, a loss or change to your sense of smell or taste and a fever.

To lose weight, Mark went on to say he has been watching what he eats and also credited his three-year-old son for keeping him active.

He went on to say he had previously been given a warning about his health by a doctor when he weighed 27 stone back in March. 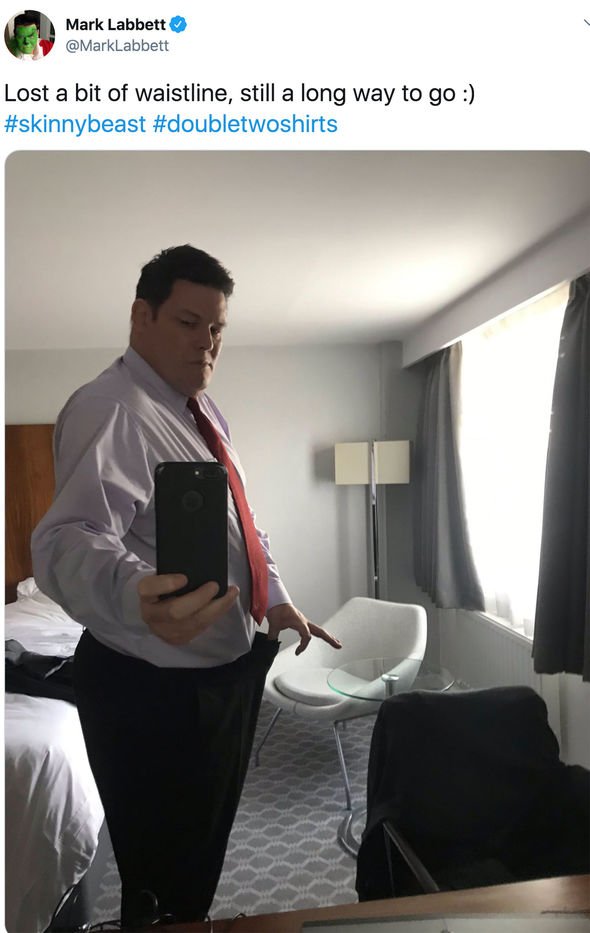 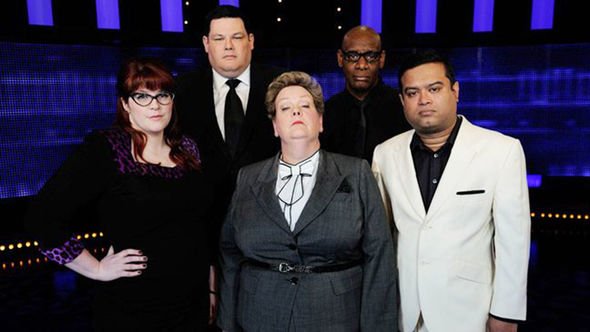 The Chaser unveiled his impressive weight loss in view of his 127,000 Twitter followers earlier this week.

Mark was seen holding onto his trousers, which were no longer his size, in a mirror selfie.

He wrote: “Lost a bit of waistline, still a long way to go 🙂 #skinnybeast #doubletwoshirts.”

Many of his followers swiftly praised the quizzer for his determination and new appearance.

A second commented: “Well done Mark. It’s not easy trying to lose weight as I’m finding out but worth it in the end.”

A third added: “Looked great before, but really pleased for you… Its all about health… Good on ya!”

The quizmaster spoke out about his ideal size in an exclusive interview with Express.co.uk earlier this year.

When discussing a potential stint on I’m A Celebrity… Get Me Out Of Here!, he said he believes the show could help him go from 23 to 19 stone.

He said: “I’d like the moment I walk across the bridge four stone lighter.

“My target is about 19 stone. For anyone else that’s monstrous, but for me of course I’ll be skinny.”