Home » Celebrities » No one wants to come to Donald Trump’s GOP convention in Florida, sad! 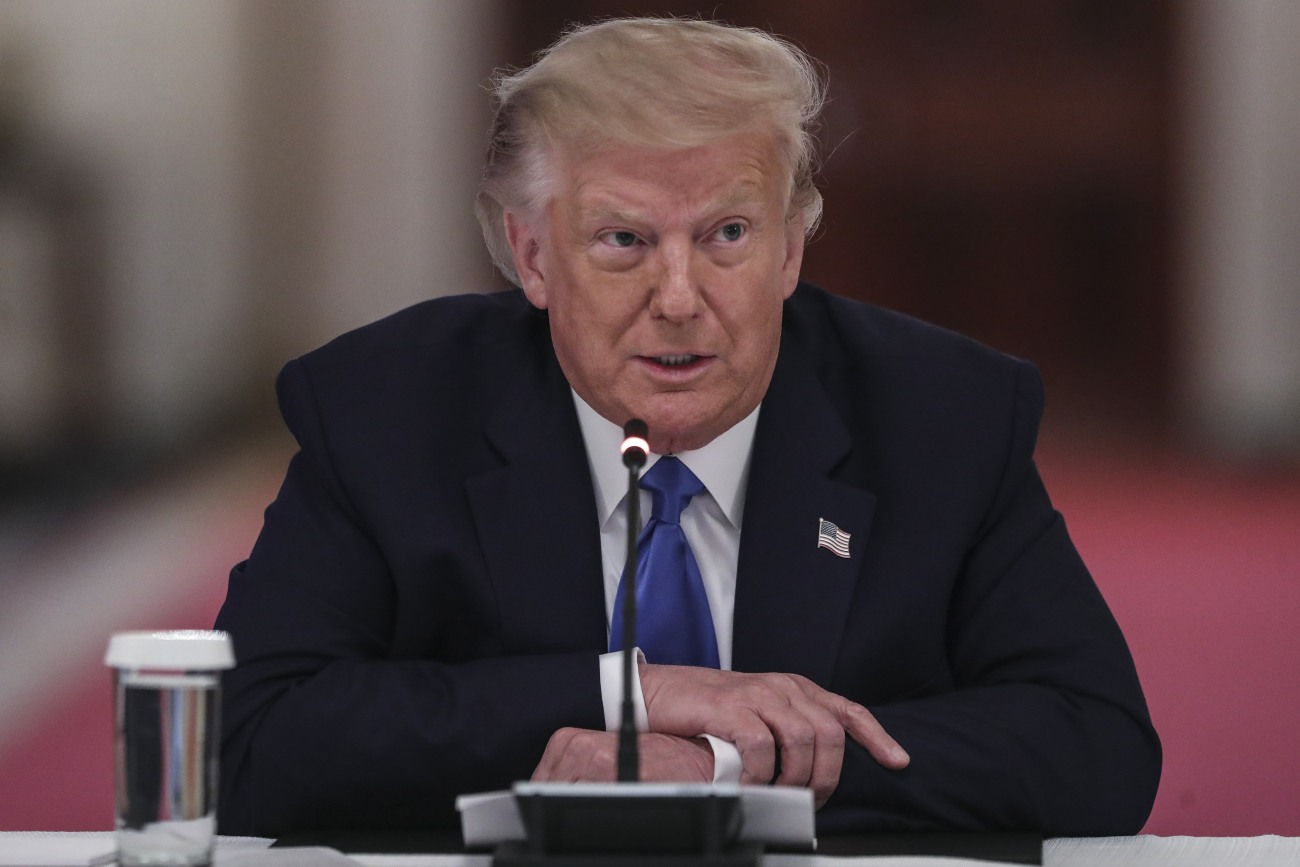 Sometimes, I’ll get a flashback to the 2016 presidential campaign and I’ll honestly feel like crying. We knew back then that Donald Trump was f–king horrible. Watching the disaster unfold in real time was infuriating. We were traumatized and we’re still traumatized. Do you guys remember the GOP convention in 2016? That sh-t was DARK. It was Trump’s vision for America: a hellhole full of racists constantly scapegoating immigrants, a hypocritical mindf–k of stupidity, shrieking and lies, all organized by Paul Manafort. Well, the 2020 Republican convention is still scheduled for August in Florida, the state with skyrocketing coronavirus numbers. Florida is now recording 10,000-plus cases DAILY, and on Monday there were more than 15,000 confirmed cases. It’s insane. So the NYT did a story about whether Republicans are actually going down to Jacksonville next month for the convention. LOL.

Senators Roy Blunt of Missouri and Pat Roberts of Kansas are planning to skip the Republican National Convention next month as the host state of Florida deals with the biggest outbreak of coronavirus cases in the nation. Representatives Mario Diaz-Balart and Francis Rooney of Florida are sticking with their plans not to attend, even though the convention is now in their home state. Marco Rubio, Florida’s senior senator, has not committed to attending. Neither has John Thune of South Dakota, the second-ranking Senate Republican, or Representative Liz Cheney of Wyoming, the third-ranking House Republican.

As new cases surge in Florida, including 15,300 reported on Sunday, more Republicans are taking a wait-and-see approach to the event, or deciding to skip it all together. The G.O.P., which moved the convention to Jacksonville from Charlotte, N.C., after balking at health precautions there, now finds itself locked into a state with a far bigger virus problem, and planning an event whose attendance is waning as the pandemic escalates.

“Everybody just assumes no one is going,” said Representative Darin LaHood of Illinois, an honorary state co-chairman for the Trump campaign. Mr. LaHood was one of eight House members — from Illinois, New York, Arizona, Indiana and Michigan — who told The New York Times they did not plan to attend, joining party veterans like Senators Charles E. Grassley, Lamar Alexander and Susan Collins who have already said they will skip the event.

President Trump, in the meantime, may not get the restriction-free celebration he yearns for after all. The city of Jacksonville is requiring facial coverings in any public space where social distancing is not possible. And in a news release last week, the host committee said every attendee within the convention perimeter “will be tested and temperature checked each day,” without providing further details.

Yes, in a state like Florida, with a governor like Ron DeSantis, it’s up to localities and mayors to issue regulations like mandatory masks. The Times went on to say that because all of these Republican officials were skipping out, that means that the convention would be full of ride-or-die (literally) Trumpers and MAGAts. The dark, dystopian, Trumpy vision would be fulfilled and then some. And you know all of those jackasses will refuse to wear masks and they’ll basically create a viral supercell in Jacksonville. Ugh. 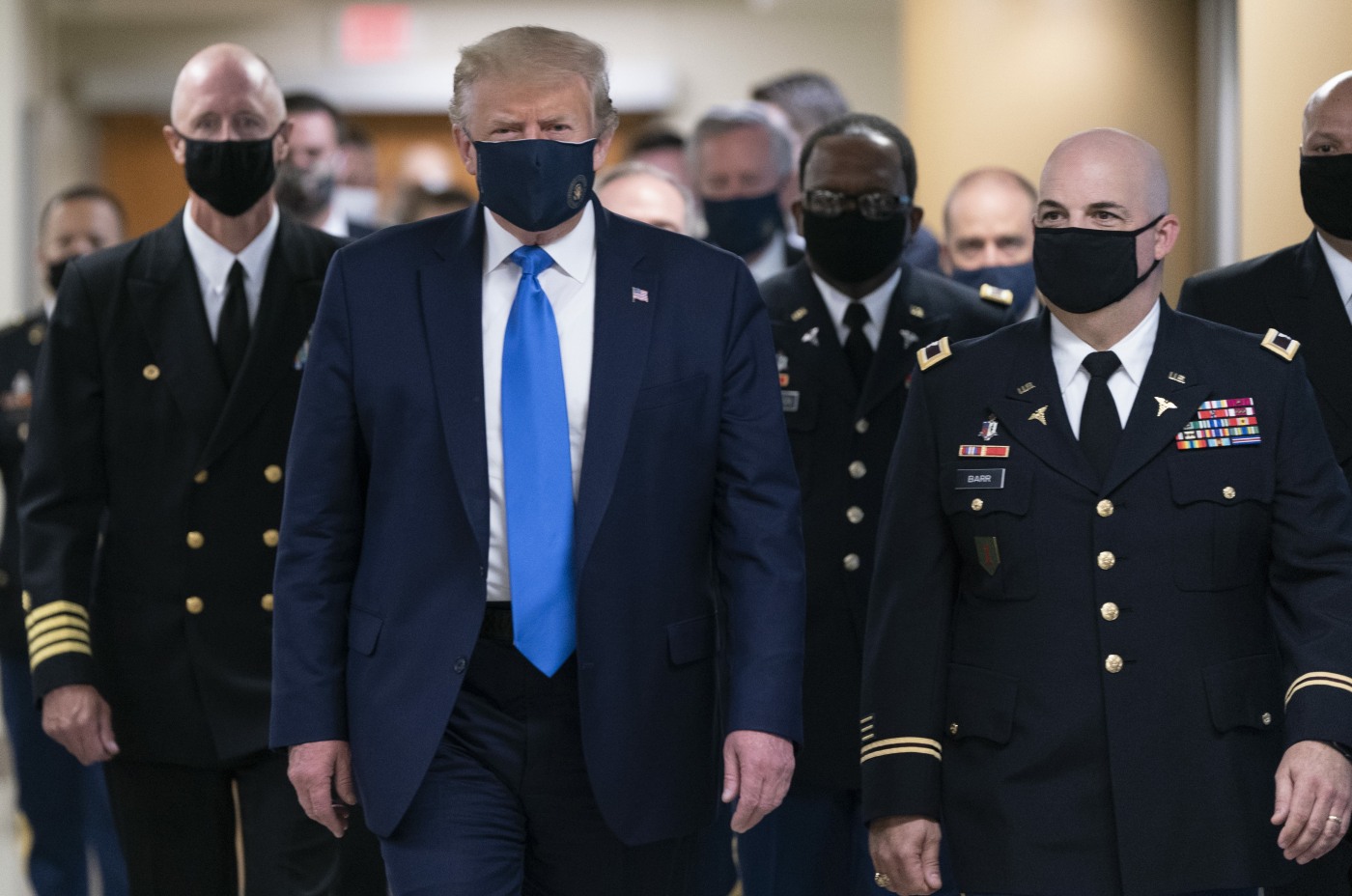