Home » Celebrities » Paulina Gretzky Wears Nothing But A Straw Hat As She Vacations In St. Barts: See Pic

Paulina Gretzky has jetted off to St Barts following her fiance Dustin Johnson’s epic Masters victory — and the Caribbean totally suits her!

Paulina Gretzky, 31, has joined her pro-golfer fiance Dustin Johnson, 36, on vacation in the Caribbean after he set a tournament record 20 under par to win the 2020 Masters on November 15. The longtime couple, who share two children, jetted off to St Barts in the wake of his epic victory, and appear to be lapping up the sunshine. Paulina took to Instagram on November 21 to share a snap of herself wearing nothing but a wide-brim straw hat — you can see the pic here. 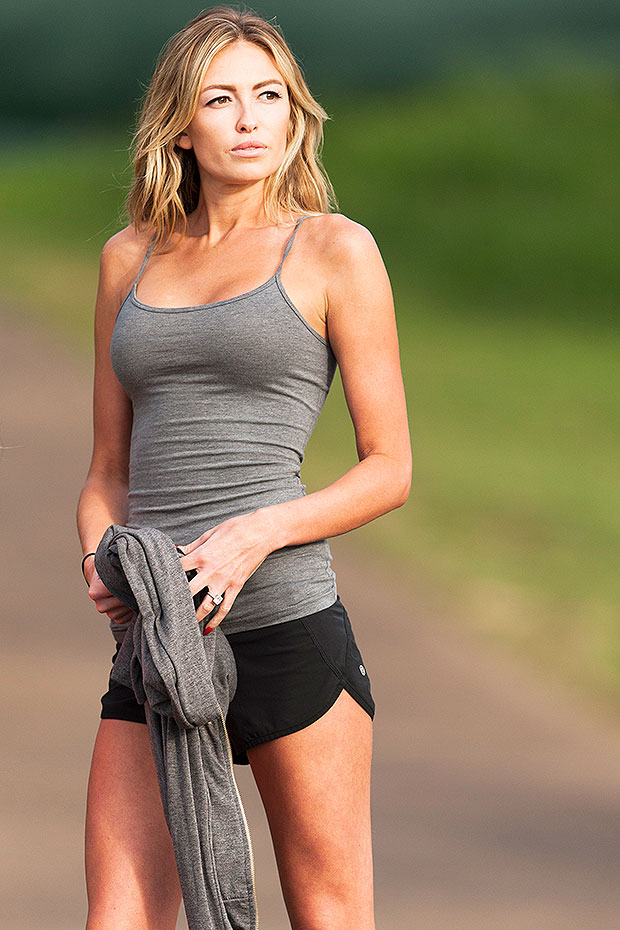 “je t’aime St. Barths,” she captioned the photo of herself perched on a deck wearing only the hat and a delicate gold necklace. Earlier in the week, the couple were photographed splashing in the waters off Nikki Beach. The mom of two rocked a white string bikini along with a silver fishnet overlay with small beading. She added dark aviator sunglasses to her look, as her long blonde locks cascaded down her back. Dustin looked equally laid back in nothing but blue swimming trunks. 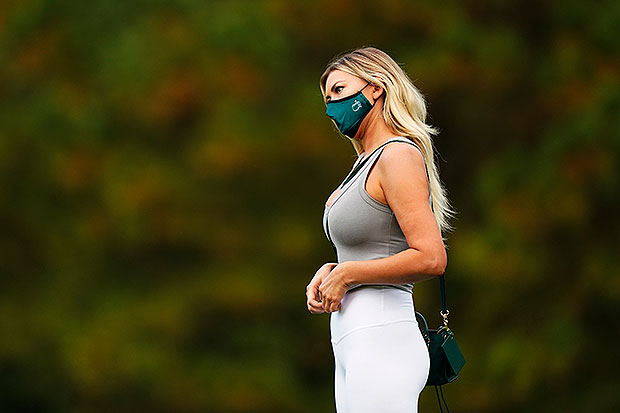 Dustin’s big win in Georgia was only his second majors victory after 2016’s U.S. Open. The couple openly hugged, kissed and cried as their emotions ran high when the results came in. Dustin was the favorite to win the Masters back in 2017 when he was the world’s top ranked golfer, until he fell down the stairs at his rental home and injured his back on the eve before tournament play began.

Three years later, he finally took home the trophy, with Paulina by his side. The pair have been together for eight years, as they began dating in 2013. But they actually met in 2009 when Paulina’s mother Janet met Dustin at a tournament and invited him over to their house for a family dinner with Paulina’s dad, hockey legend Wayne Gretzky, 59. “We became good friends,” Paulina told GOLF magazine. “Actually, my whole family became friends with Dustin — my brothers and parents saw him a lot more than I did.”