“Look, I say what I say,” Trump says of his McCain comments 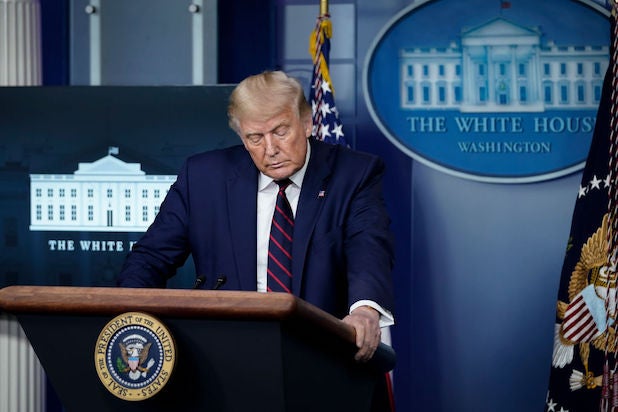 President Trump on Friday stood by disparaging comments me made about John McCain in 2015, also disparaged his former chief of staff and retired Marine general John Kelly, and continued to deny a Thursday report in The Atlantic that said the president called soldiers who died in war “suckers” and “losers.”

At a press conference at the White House, Trump was asked by ABC News’ Jonathan Karl if he regretted his 2015 comments about McCain when he said the late senator was a “loser,” and “not a war hero” because he was a prisoner of war, and that he liked “people that weren’t captured.”

“In light of all that’s happened since then and all you’ve learned, do you regret saying that? Is that something you wish you had not said?” Karl asked.

Later, when asked about The Atlantic’s reporting, Trump again denied the report — which has been confirmed in part by the Associated Press and Fox News but refuted by some current and former aides — and said there was “nobody that feels more strongly about our soldiers, our wounded warriors, our soldiers that died in war, than I do.”

The president then proceeded to disparage Kelly, who has not come forward to deny the report, and suggested that a “guy like John Kelly” could have been one of the anonymous sources.

“I know John Kelly. He was with me, didn’t do a good job, had no temperament and ultimately he was petered out, he was exhausted. This man was totally exhausted. He wasn’t even able to function in the last number of months. He was not able to function. He was sort of a tough guy. By the time he got eaten up in this world, it’s a different world than he was used to, he was unable to function,” Trump said. “I don’t know that it was him. I haven’t seen that. I see anonymous, but it could have been a guy like a John Kelly. He was a very — you look at some of his news conferences, what happened to him, he got eaten alive. He was unable to handle the pressure of this job.”