More than 26,000 Australians stranded overseas have now registered as wanting to come home, including 4000 who have been classed as vulnerable.

Australians stuck overseas and their families have accused the federal government of abandoning its citizens over the cap on international arrivals, which has left thousands of citizens unable to get home. 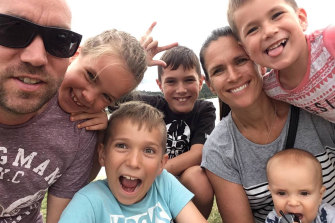 Deanne Vowles and her family are facing a $70,000 bill to return home.

A parliamentary inquiry on Thursday heard from one Australian family of seven, which face having to spend $70,000 on flights to get back to Australia.

Deanne Vowles, a Newcastle-based teacher has been stranded in Chailey in the United Kingdom, with her husband and five children, for six months.

She told the parliamentary inquiry that airlines said it would cost $10,000 per ticket to return home – meaning it would cost her family $70,000.

She said prior to this year she had felt "nothing but pride and gratitude for being Australian", but now felt she has been abandoned by her government.

"The values that I hold dear to me and that many Australians hold dear to them – never leaving behind a mate, a fair go for all – is what I believed in," she said.

The Morrison government has been pushing the states to increase their quarantine hotel places to boost the number of international arrivals.

The Department of Foreign Affairs and Trade on Thursday confirmed the number of Australians registered as wanting to come home is 26,800. Just last week Prime Minister Scott Morrison said there were about 24,000 citizens who needed to return Australians.

Mr Morrison last week announced international arrival caps will be lifted by 1500 a week in stages, instead of adding 2000 extra places in one hit as he had wanted.

The top five countries where Australians are stranded are India, the United Kingdom, Philippines, Thailand and South Africa.

The weekly cap of about 4000 overseas arrivals has resulted in airlines prioritising business and first-class passengers to remain profitable, with planes carrying as few as four economy passengers. 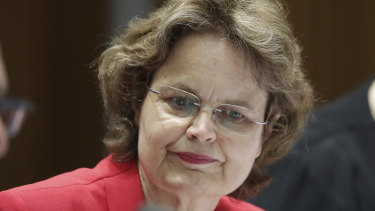 Frances Adamson, Secretary of the Department of Foreign Affairs and Trade.Credit:Alex Ellinghausen

Appearing before the parliamentary inquiry scrutinising the government's response to the COVID-19 crisis, DFAT secretary Frances Adamson responded to claims there could be as many as 100,000 Australians wanting to come home.

She said the 26,800 estimate was the most reliable information available to DFAT, but the "situation for Australians varies over time and has changed over time" and it was "not a fixed number".

"We also know from experience that in not all cases, even if flights are available, will they actually choose to come home," she said.

There are 35,700 Australians registered with the Smarttraveller website as being overseas, but DFAT says not all of these people want to return home.

The Morrison government announced earlier this month there would be new hardship loans to support Australians stranded overseas who are struggling financially and cannot get home.

DFAT confirmed it had already handed out more than 300 of the loans, while there had been about 825 applications for emergency assistance.

Ms Vowles also confirmed a report by the Sydney Morning Herald and The Age last month that revealed stranded Australians were being told by consular officials to consider starting GoFundMe-style crowdfunding campaigns if they were running out of money. 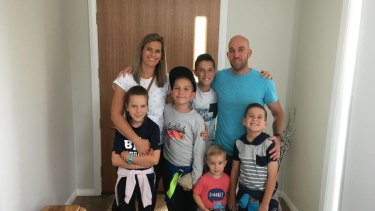 Deanne Vowles and her family are stuck in Britain.

"I've been told from my fellow countryman: 'There's nothing we can do, we get hundreds of calls a day just like yours so we can't do anything about yours, have you set up a GoFundMe page? Ask your family and friends for help.'"

She said she and her husband were getting by on the "charity and kindness of British strangers, friends and family, but nothing from our own country".

Melbourne resident Peta Stoyanovich told the inquiry her husband had been stranded in Serbia since July with his mother after needing to travel there when his father died.

She said her mother-in-law "was in desperate need of assistance".

After trying for months to get home, they will now have to travel to Australia separately nine days apart.

Most Viewed in Politics