The real scandal was Kerry Washington not being awarded an Emmy after years of television excellence.

But that oversight was handled, however belatedly, on Tuesday when the actor took home her first trophy during the 2020 Creative Arts Emmys, ahead of the virtual primetime ceremony on Sunday night.

While we’re just going to consider this a retroactive win for her performance as Olivia Pope on the iconic ABC series “Scandal,” Washington was actually honored in the Outstanding Variety Special (Live) category for the TV special she executive produced as a tribute to classic ’70s sitcoms “All in the Family” and “Good Times.”

“Thank you for this amazing creative family. It’s such a brilliant team,” Washington said during the virtual ceremony on Tuesday alongside co-producers Justin Theroux, James Burrows and the legendary Norman Lear. 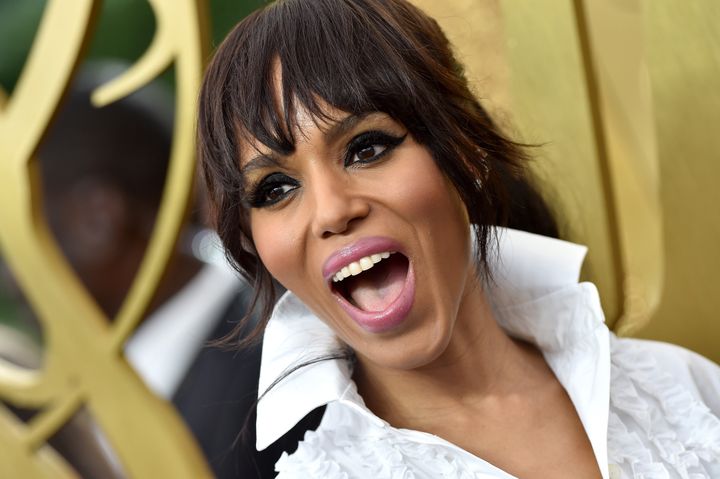 “OMG,” she later wrote on Instagram Stories before giving a shout-out to her own production company, which she launched in 2016 as part of a deal with ABC. “So proud of @simpsonstreet and this incredible cast and crew.”

“ABC’s Live in Front of a Studio Audience: ‘All in the Family’ and ‘Good Times’” aired in December to much critical acclaim for its detailed recreation of milestone episodes performed by an A-list cast, including Viola Davis, Woody Harrelson, Tiffany Haddish, Marisa Tomei and more.

Last year, Washington actually starred in the first installment of the series ― a live special about “The Jeffersons,” in which she played Helen Willis. That show won the 2019 Emmy for Outstanding Variety Special (Live), but Washington wasn’t an executive producer until the most recent episodes.

She just might need to make more room on her awards shelf this year because she’s up for three more Emmys. As an executive producer of Netflix’s adaptation of the play “American Son,” Washington was nominated in the Outstanding Television Movie category. She was also nominated for executive producing and starring in Hulu’s “Little Fires Everywhere,” in the Outstanding Limited Series and Outstanding Lead Actress in a Limited Series or Movie categories.

“True story…I am giving you all the ‘I LOVE YOU SO MUCH’ knock today,” Washington wrote on Instagram after the Emmy nominations were announced in July. “To everyone who watched @littlefireshulu, #AmericanSon and Live In Front of a Studio Audience, thank you. To everyone who fell in love with these characters and identified with the stories, and to everyone who worked on these shows and put their FULL hearts and souls into making something brilliant and important…thank you.”

Over her “Scandal” run, Washington was nominated twice in the Outstanding Lead Actress in a Drama Series category but failed to pick up an Emmy.