Maisie Williams? Oh, she’s just being Miley … at least in the hair department.

The “Game of Thrones” star seems to be taking cues from the famously mulleted pop star after debuting a whole new look on Monday that’s a far cry from her Arya Stark days.

After wrapping the HBO fantasy series last year, Williams has rocked all sorts of hair colors ― her lilac pastel phase was our personal favorite ― but has progressively lightened her signature chestnut brown locks. In the past few months, she’s continued to inch closer to blond before seemingly settling on a sandy, golden hue.

But now, she’s gone full tilt ’80s with a shaggy shoulder-length blond mullet that feels very Cyrus — or at the very least “Tiger King”-inspired — in the absolute best way.

The hair salon Bleach London shared a photo of a masked-up Williams with her new ’do and captioned it, “Mullet for my Valentine.”

The 23-year-old gushed over the hairstyle in the comments, writing, “dreams rly do come true 🙇🏼♀️”.

In the past, Williams has been candid about how changing her hairstyle helps distinguish herself from the roles she plays on screen.

“I dyed it because I didn’t want to work,” Williams told Rolling Stone last year about her pink-colored hair. “It’s a pretty good way of stopping that. And it just feels so good, so me. I’ve battled my whole adolescence with trying to put a stamp on my appearance, but also be a blank canvas as an actor.” 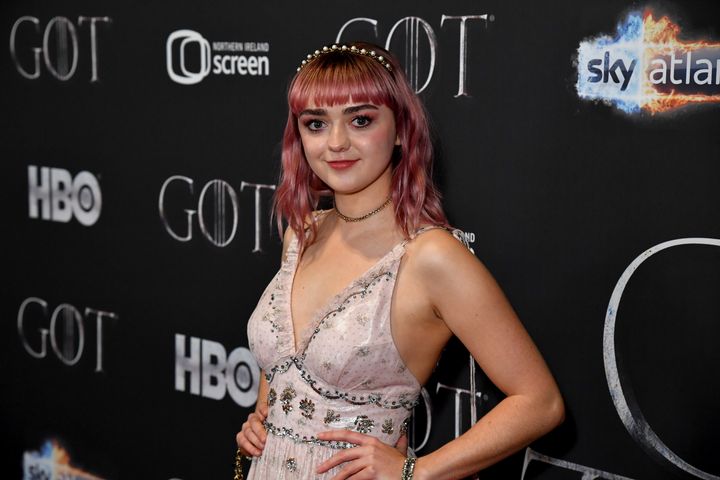 For her most recent role as Rahne Sinclair in the long-delayed film “The New Mutants,” the actor sported a significantly shorter look, which she said proved to be quite uncomfortable.

“When I was playing Rahne, and I have on the wig and, like, the tatty clothes, it made me feel, as an actor, very uncomfortable,” Williams said in a press conference in August. “It’s hard to do your job right when you feel unattractive or, like, whatever it is. Like, you can’t get your ego out of the way.”

Given her history (I mean, her hairstory), Williams likely has many more hair transformations ahead of her. And who knows? Before long, her boyfriend, Reuben Selby, who is known to coordinate with the star, might just rock a blond mullet, too.