Sitting in the front pew of St. George’s Chapel in Windsor, England, and watching her best friend, Meghan Markle, wed Prince Harry on a sunny day in 2018, Jessica Mulroney was riding high.

Her twins, Brian and John, carried Markle’s train down the aisle, in front of Queen Elizabeth II, Hollywood A-list­ers and a global audience of 29 million. Her daughter, Ivy, was a bridesmaid.

But in June, the Canadian stylist — whose TV career soared following the royal wedding — was effectively “canceled” and left “suicidal” after being labeled a racist by Instagram influencer Sasha Exeter, friends told The Post.

Within days, Mulroney, 40, lost her gig with “Good Morning America,” and her show “I Do, Redo” was axed by Canadian network CTV. Netflix shelved plans to stream it. She had to step down from her roles with charities.

In her first interview about the situation, Mulroney told The Post: “I still feel a lot of shame. I feel that people believe the worst in me.”

Friends revealed that Mulroney, who works with stars including Mindy ­Kaling, was put on heavy antidepressants. “Jessica has always been very open about dealing with anxiety since she was 12,” said a source close to Mulroney. “But the anxiety turned into severe depression and suicidal thoughts.”

Her mother had to come over to care for her, the source said, adding: “Jess couldn’t talk without crying. She didn’t feel like herself on the meds and she didn’t want to talk to anyone. She could barely respond to a text message.”

Her husband, Ben, who quit his job as a TV presenter, told a pal: “I would wake up and Jess wouldn’t be in bed, and my mind would go to the worst.”

Previously, she enjoyed a gilded life with Ben, the son of former Canadian Prime Minister Brian Mulroney, and friends such as Markle and current PM Justin Trudeau. Her Instagram was full of glossy girls’ trips with Markle. 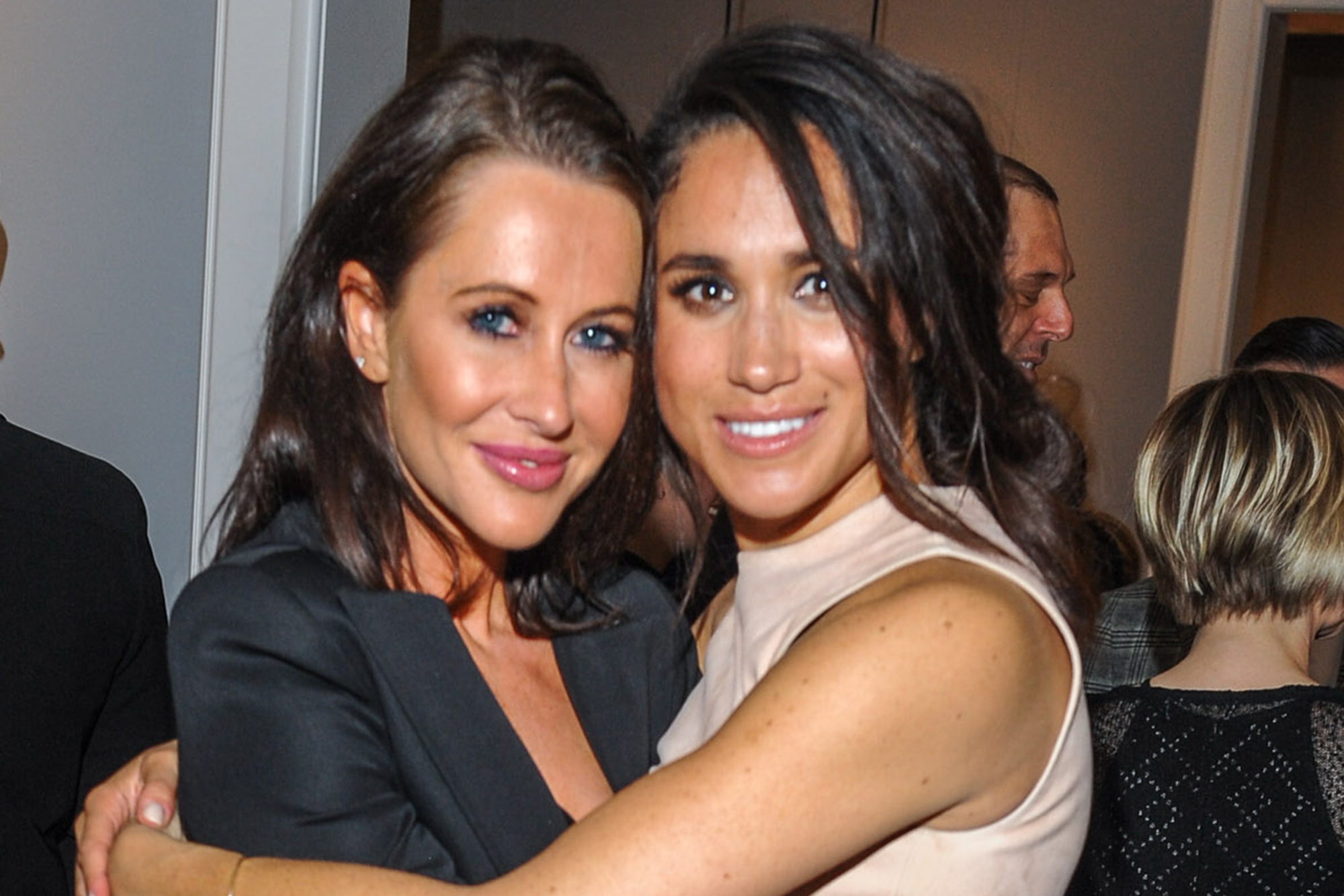 But it all came crashing down on June 10 with a 12-minute Instagram video by Exeter, a black mom from Toronto.

Exeter alleged that Mulroney had threatened her on Instagram after Exeter implored acquaintances to speak out in support of the Black Lives Matter movement during the summer protests.

Although the two were acquainted only online, Exeter said Mulroney “took offense,” believing the call to action was aimed at her. She said Mulroney bombarded her with “offensive messages,” including a threat that she had spoken to companies that worked with Exeter.

Exeter called Mulroney’s behavior “a threat to my livelihood” and an “attempt to silence a black woman during this movement behind closed doors.”

Mulroney quickly posted a public apology, saying, “I need to acknowledge and understand [Exeter’s experience]. I am unequivocally sorry for not doing that with you, and for any hurt I caused. As I told you privately, I have lived a very public and personal experience with my closest friend where race was front and center.” (Markle is biracial.)

She told The Post that she had been privately speaking to Exeter for two weeks before the latter posted her video. “Sasha wrote to me directly and said ‘shaking my head,’ and I said ‘Why are you shaking your head?’ ” Mulroney recalled. “She accused me of ignoring what was going on in the world [by posting non-BLM content].”

Mulroney said she told ­Exeter that she was contractually obligated to post for the season ­finale of “I Do, Redo.”

“It’s not like I have never spoken out about racism before, especially when it comes to Meghan,” she added.

Days later, Exeter posted her video and all hell broke loose. Every company Mulroney worked with dropped her — without launching any investigations, she told The Post. “I had a hard time dealing with the fact that a network like CTV [and] the companies I’ve worked with for many years — and journalists, some of which were my friends — spoke with incredible authority on what they believed had happened without even contacting me. I think that hurt the most.”

As Mulroney’s life crumbled, her husband’s on-air colleague Elaine Lui accused her of using Markle as her “superpower.” Mulroney disagrees. “CTV would ask me to go on shows and talk about Meghan; I refused,” she told The Post. “I don’t call that a superpower. I call it protecting my friend.”

Sources confirm that Mulroney has it put into contracts that she will not talk about Markle.

A source in Markle’s social crowd told The Post that, before the Exeter incident, friends had grown “concerned” about Mulroney’s affluent image of social media.

The source added that Markle and Mulroney’s “friendship is not what it was once, but it’s not because of [Exeter]. They’ve just grown apart. Of course, Meghan has been worried about Jess. She’ll always have love for her.”

Asked if Markle had been in touch, Mulroney replied: “She constantly Facetimes and checks up on me.”

Now, Mulroney is tapering her meds, friends said, and focusing on charity work.

“I know I have a charmed life,” Mulroney said. “I have to learn from all of this — but I am not racist. I just want to try to move on from this.”