Prince Harry appeared in a video for the Diana Awards, paying tribute to young people fighting racism. The Duke of Sussex discussed his mother Princess Diana in the clip.

The Duke made a reference to his mother’s legacy as a humanitarian.

Wearing a grey suit jacket and white shirt, Harry spoke passionately about the cause in the video uploaded to The Royal Family Channel on Youtube.

A body language expert analysed the video exclusively for Express.co.uk.

She claimed the video showed Harry’s emotions about his mother’s death are “still raw”. 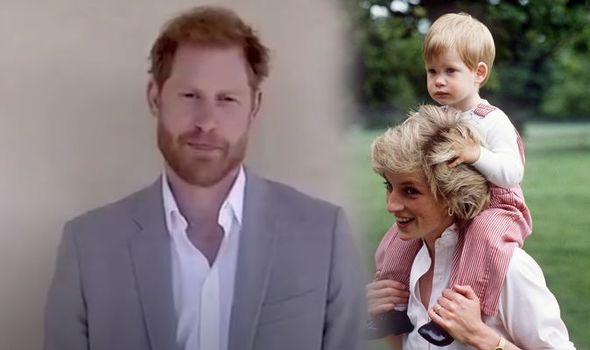 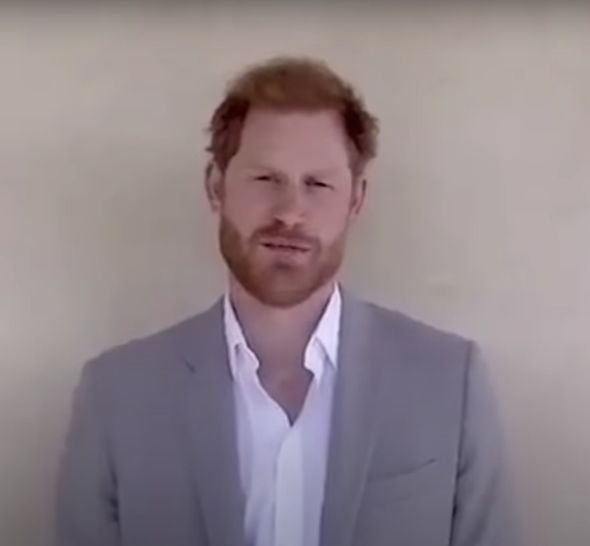 Judi James told Express.co.uk: “When he speaks about ‘the legacy of my mother’ we see a glimpse of some still-raw emotions in Harry’s micro-contortion of the mouth and then a sucking in of his lips that suggests pain.”

In fact, the Prince borrows a lot from his mother in the video, the expert said.

“One of her core body language skills was a way of connecting and ‘touching’ people through distance, crowds and lenses.

“She was able to create the kind of rapport that made people feel she was their friend.

“Harry’s ‘Hello everyone’ and partial smile looks like an attempt to break down barriers and speak person-to-person rather than to make a speech or a lecture.

“Harry’s tone at the start is also gentler than usual. Although he picks up into a more dominant tone towards the end this softness hints at the type of empathetic and caring approach that Diana had.”

But Diana is not the only influence on Harry during this video, the expert suggests. 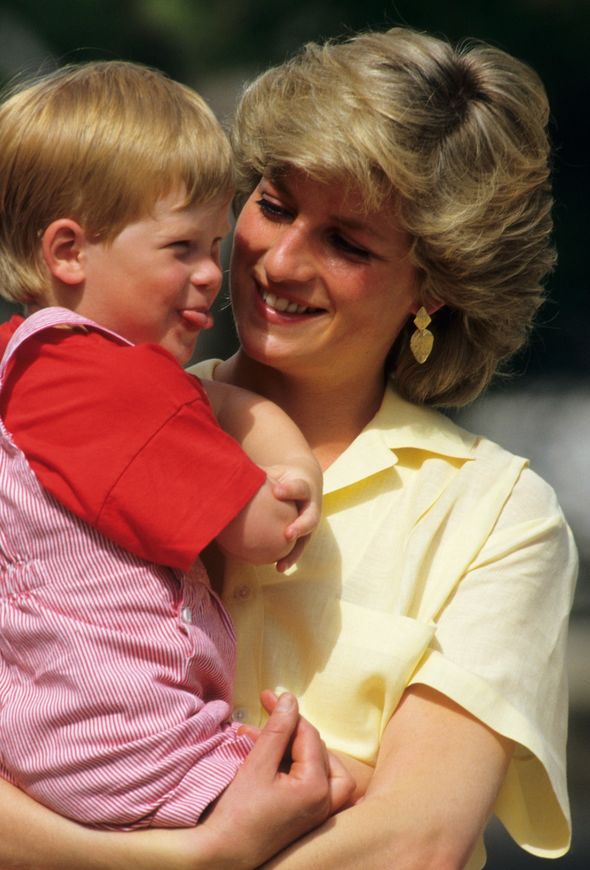 Harry is also influenced by his wife, Meghan Markle the Duchess of Sussex.

“The way Harry crosses his hands on his chest and shakes them and then later pats one hand on his chest appears to mirror his wife’s body language traits when she wants to register caring and passion for her cause during a talk.

“He references her comments and then agrees with them rather than just making the ‘I am sorry’ his own message and then he gathers pace and status for the non-verbal telling off at the end.”

However, the Duke puts his own stamp on the final part of his message, the expert said. 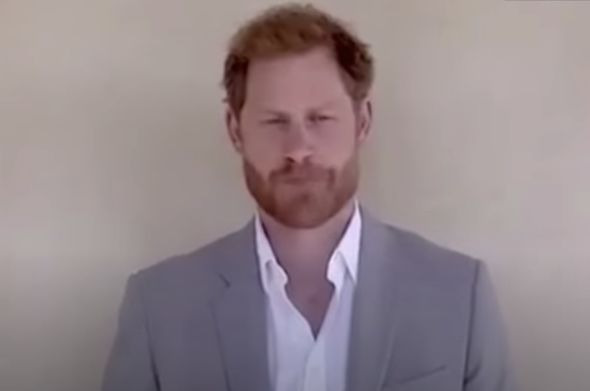 “He wags his finger and points and his style of speech becomes a lot less humble and self-effacing and a lot more about direct ordering,” Judi said.

“This last part of the message looks more like Harry doing his own thing to create change.”

In other royal news, Kate Middleton wore a dress with a cheeky message in a tennis-themed video.