Life is finally imitating art for Snoop Dogg! More than 25 years after the rapper released his hit track “Gin and Juice,” he’s now coming out with a gin line of his own.

Dubbed INDOGGO Gin, the spirit is crafted with a “laid-back California style,” according to a press release, and is billed as “the ultimate remix of seven premium botanicals infused with all-natural strawberry flavor.”

INDOGGO was developed by Snoop, 48, in partnership with his friend and spirits veteran, Keenan Towns of Trusted Spirits and Prestige Beverage Group, an industry leading importer and brand innovator. Together, the team aims to shake up the gin market with the “best-tasting, most approachable gin” available today.

“I can’t wait for the world to taste my remix on gin!” Snoop said in a statement. “When I wrote ‘Gin and Juice’ back in ’94 it was about good feelings and real experiences, it just naturally became a global anthem.”

The California native added: “When creating INDOGGO, I wanted to give those feelings new life with an approachable juicy gin that’s smooth like the D.O. Double G.”

INDOGGO is gluten-free, distilled five times with seven premium botanicals and is infused with all-natural strawberry flavor with no added sugar. As far as taste goes, the libation is light on the juniper flavor and features orange, coriander and cassia botanicals for notes of strawberry and citrus with a slightly sweet and fruity finish. 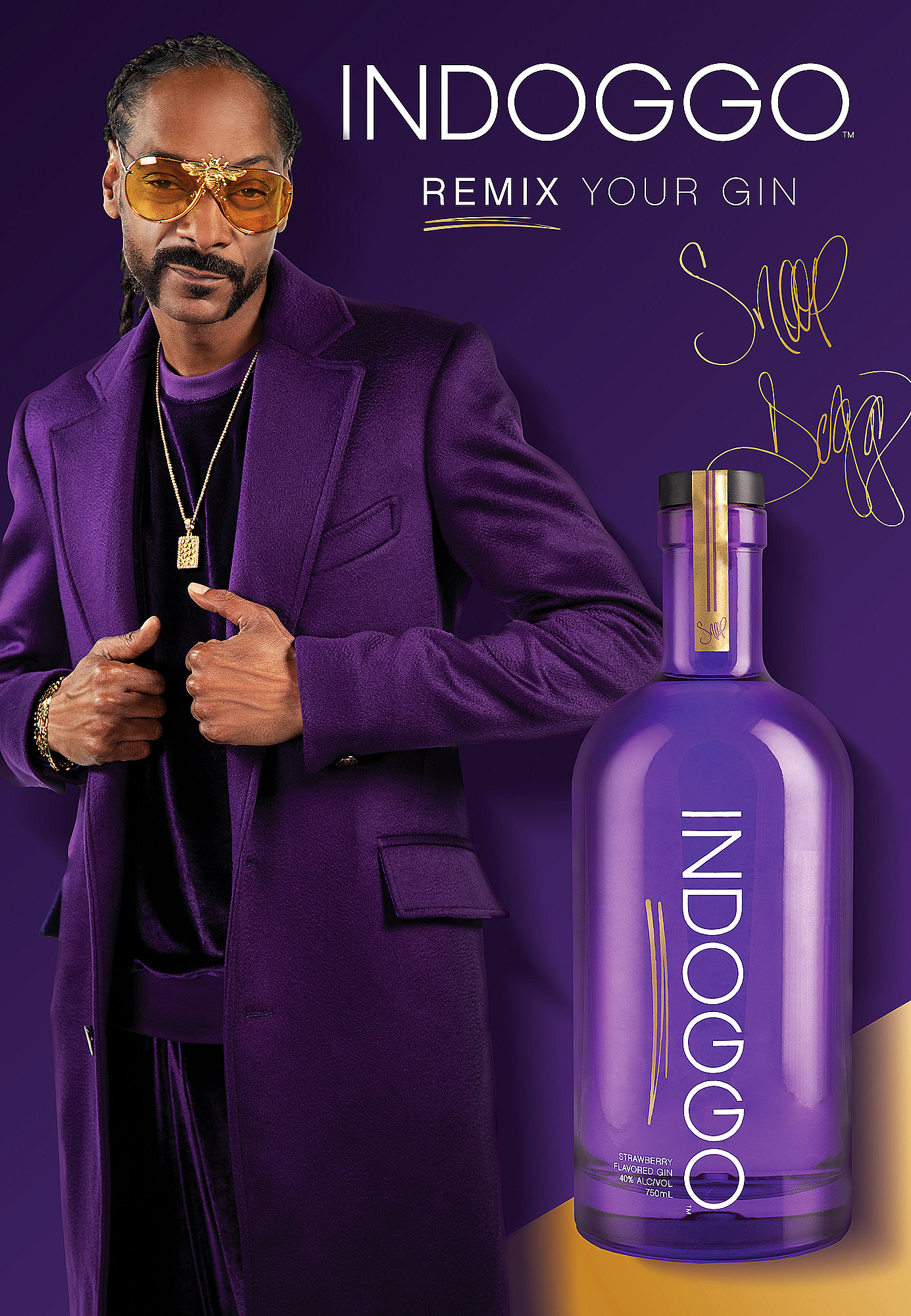 While celebrity spirits are on the rise, Snoop has assured that INDOGGO, which will be available in his native California later this month and the rest of the country in 2021, stands out. It comes in “bold” purple bottles that boast a vertical logo with turned “Gs” to “signify the gin remix inside.”

Katy, Nicki and More Stars Who Have Surprisingly Never Won a Grammy

The “Drop It Like It’s Hot” rapper has steadily been carving out a place for himself in the food space over the past several years. In April, he launched his own red wine called Snoop Cali Red with 19 Crimes and in October 2018 he released his first cookbook, From Crook to Cook. The Grammy nominee also teamed up with culinary pro Martha Stewart for two seasons of the duo’s VH1 show, Martha & Snoop’s Potluck Dinner Party, which premiered in 2016.