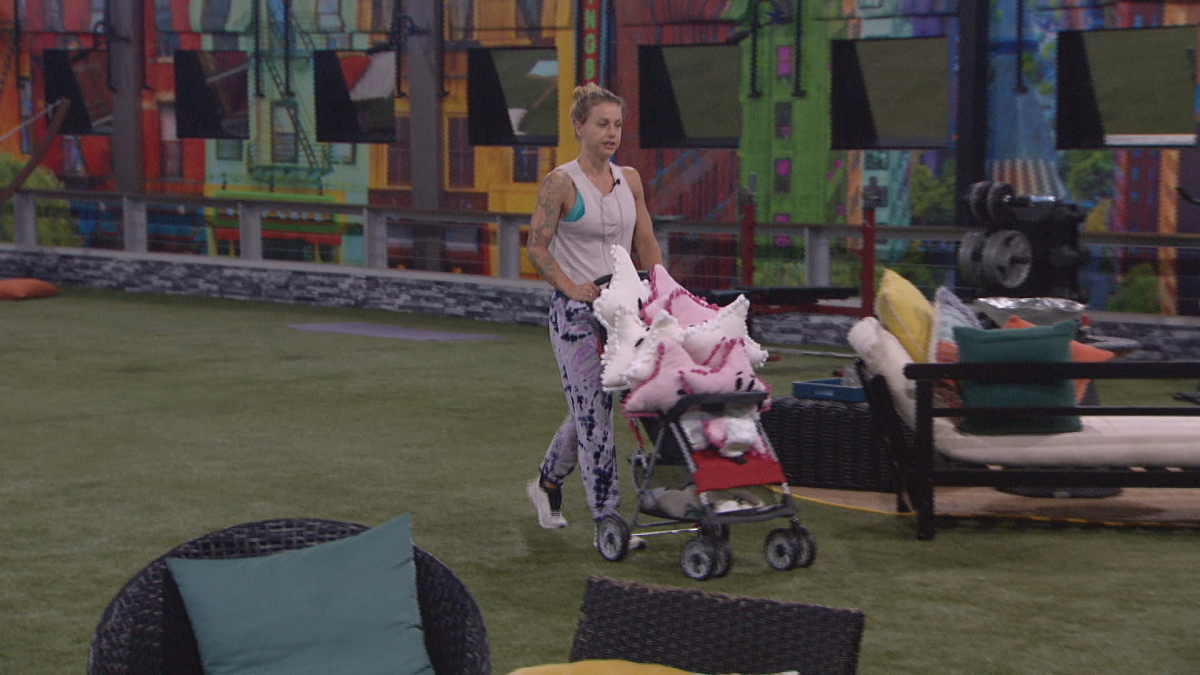 Christmas Abbott just tweeted from the Big brother house and she hinted that a twist is coming.

It would be a good time for some sort of twist to be revealed on Big Brother All-Stars, especially following the predictable eviction of Janelle Pierzina.

The production team has allowed members of the BB22 cast to tweet out notes and messages using their Twitter accounts.

There have been several really interesting messages sent out to Twitter from the Big Brother house, including one from Kaysar Ridha that his wife interacted with.

Tyler Crispen also sent one out that his girlfriend Angela Rummans referenced earlier this summer.

“There’s a new twist coming soon and I hope it’s something GOOD! Maybe America is voting??? I hope America is enjoying the summer so far! #bb22,” Christmas wrote on Twitter.

It seems that she may have been given a bit of information about something happening soon in the house. Or maybe she was just guessing? Host Julie Chen Moonves did tell everyone that the summer would be full of twists and turns, so it would be pretty smart to just expect something else to happen after the Safety Suite closed.

Below is the full message she posted on Twitter and an early response that is sure to give a few Big Brother fans a chuckle or two. 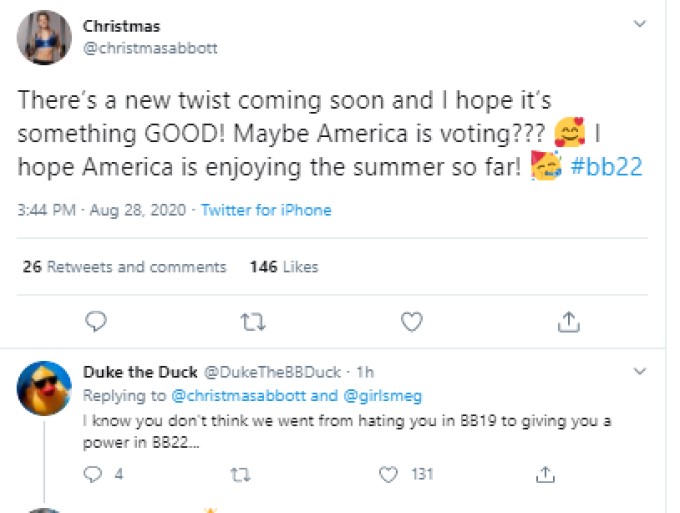 It seems like the production team is trying to get some free buzz and publicity from the Twitterverse this season.

Instead of keeping the houseguests completely locked up and separated from the world, producers and handlers are allowing them to write out messages that are then posted on Twitter.

Fans don’t need to worry about houseguests reading responses or interacting with people on social media, though, as that is not something that they want the BB22 cast to be able to do.

The tweets coming out of the house are harmless and fun, and most of them get people talking about the show on social media.

In the instance of this tweet from Christmas Abbott, people definitely want a twist to shake up the game. Something needs to be done or the boredom that some viewers are experiencing is not going to go away.

We can’t just keep reading post-eviction interviews from Janelle Pierzina. Or can we?