EastEnders viewers saw newcomer Frankie Lewis (played by Rose Ayling-Ellis) soon started getting a bit too close to comfort to the Carters after she appeared to lead Tina Carter (Luisa Bradshaw-White) on and freaked Mick out when he noticed her photos of the family on her camera. When Frankie finally told him why she was interested in him, he couldn’t deal with the revelation and has been spiralling ever since. But with Frankie set to return in upcoming episodes, it looks as though he will have to tell-all to his mum Shirley Carter (Linda Henry) – but what will she do when she discovers the truth? 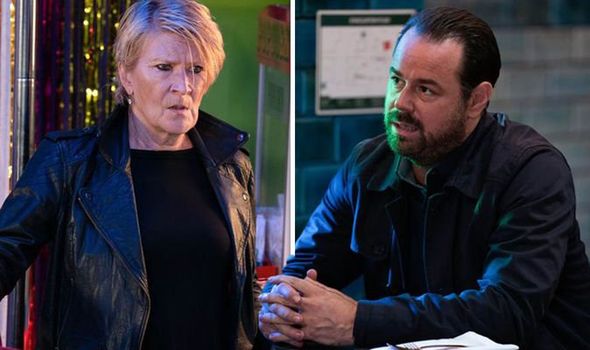 Mick was soon becoming increasingly suspicious of Frankie as she tried to grow closer to the Carter family members.

And when he realised her attention towards his young son Ollie (Harry Farr), he started to worry what her motives were.

But she soon let slip the real reason why she had been spending so much time around him.

She explained her mum was somebody named Katie Lewis and she believed Mick is her father. 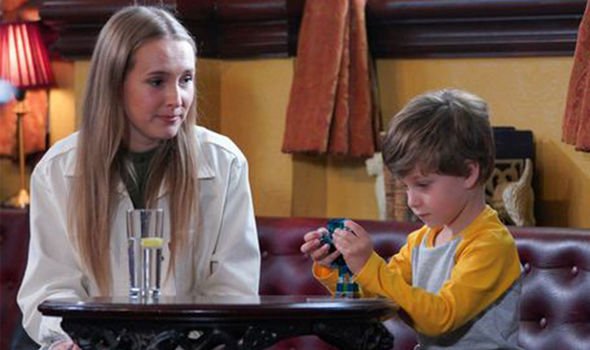 And after he struggled to cope with the shock news, Frankie soon fled the Square.

However, he will be forced to confront the issue head-on in episodes to come as Shirley probes him on what he’s hiding.

Will he tell his mum the truth about what he’s discovered about mysterious Frankie?

Next week, things will get even worse from Mick as those around him notice his increasingly erratic behaviour. 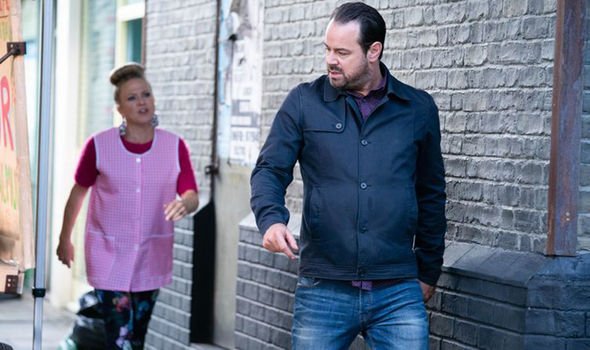 Max will offer Linda more work at Walford East to which she agrees, which leaves Mick unimpressed.

But he gets more than he’s bargained for later on when he notices Frankie has returned, after ignoring his text messages.

He tries to not let the ordeal affect him and pays Linda a visit in the restaurant to try and woo her later on.

Back home at the Carter household, Linda begins to realise there is something clearly bothering Mick.

Worrying his health is deteriorating once more, Linda decides to get Mick an appointment to review his medication.

Shirley overhears Linda’s worries and the latter admits to her mother-in-law she is confused by Mick’s behaviour.

Mick is furious when he finds out Linda’s been meddling without his permission – so Shirley steps in to try and resolve matters.

She insists Linda just wants to make sure he’s okay as his loved ones are desperate to get to the bottom of what’s wrong with Mick.

But when she realises Mick has been trying to get in touch with Frankie, she quizzes him on what his interest in her is.

Mick will try and play down their interactions but Shirley won’t let it go and pushes her son for the truth – but will he finally crack?

Shirley knows something’s wrong and refuses to go anywhere until she knows the truth, forcing Mick to delve into his childhood.

How will Shirley feel when she realises how badly her son was let down as a youngster?

EastEnders airs Mondays and Fridays at 8pm and Tuesdays and Thursdays at 7:30pm on BBC One.