Who Wants to be a Millionaire host Jeremy Clarkson hit out at the audience during tonight’s episode after they lost a contestant £32,000 following the use of the ‘Ask the Audience’ lifeline. Those watching at home were also furious with the outcome and blasted the contestant for the way in which he handled the question.

For the chance to move up a level and take home £64,000, Oil Blake was asked the following question: “‘3 of May. Bistritz. Left Munic at 8:35PM’ are the opening words to which novel?”

“You’re going to ‘Ask the Audience?’” Jeremy confirmed. “There’s a lot of responsibility on this one audience, bear that in mind – do, please.

“Put your fingers on your keypads – if you could do that now please,” the presenter instructed.

“Okay, this is the question: ’3 of May. Bistritz. Left Munic at 8:35PM are the opening words to which novel?’ 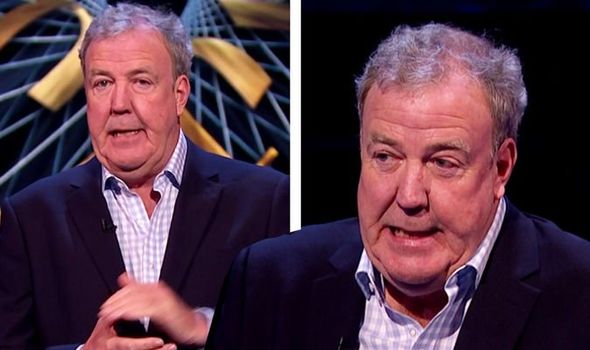 The light dimmed and tense music was played until the results were revealed: answer A had 81 percent and answer B had 19 percent.

“That is a significant chunk for Tinker Tailor, 81 percent,” Jeremy remarked.

“I think let’s go with, let’s do it, Tinker Tailor Soldier Spy, final answer,” Oli replied but B. Dracula flashed up green on the screen. 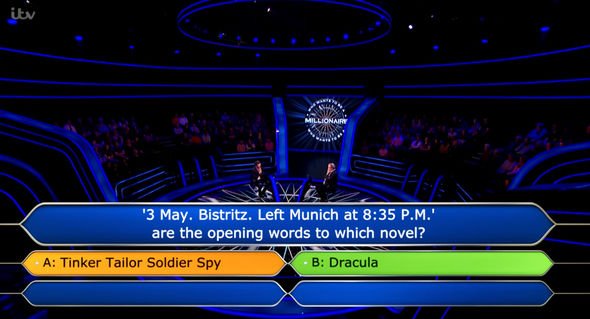 “I mean, not that you care or less, it begins with the diary of Jonathan Harker as he makes his way to Transylvania,” Jeremy explained.

“Oh Oli, I am so sorry, because you were going a long and if it makes you feel any better – which it won’t I would’ve gone for Tinker Tailor as well. 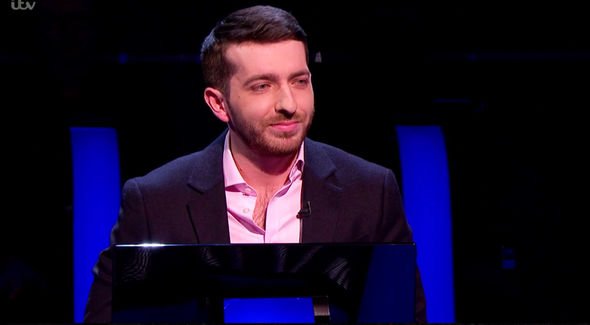 Those watching at home commented on Twitter, one said: “Never ask the audience so late in the game! #whowantstobeamillionaire.”

“Classic case of talking the audience into confirming the wrong answer for you #whowantstobeamillionaire,” another remarked.

Another advised: “Shouldn’t really talk through the answers and then ask the audience #whowantstobeamillionaire.”

“#whowantstobeamillionaire thats what happens when you influence the audience,” a viewer tweeted.

“That is horrific, shafted by 81% of the audience, what a kick in the guts #WhoWantsToBeAMillionaire,” a fan wrote.

Someone added: “#WhoWantsToBeAMillionaire 81% are wrong!! Not seen that often!”

After Oli, Jeremy made a dig towards the audience when the next contestant decided to use the lifeline.

The question was: “On a standard London Monopoly board, which of these properties is part of the organ set? A. Piccadilly, B. Euston Road, C. Vine Street, D. Whitehall.”

“Don’t muck it up like you did last time with Oli,” Jeremy remarked.

Thankfully the majority answered C. Vine Street which was the correct answer.

Who Wants to be a Millionaire returns next Tuesday at 8pm on ITV.