British tourists are having to sleep on beaches in Europe after paying for rooms in hotels abroad that are still closed due to coronavirus lockdown.

Consumer watchdog Which? reported the findings and said that the travel agency Loveholidays has been the main offender, according to the Times newspaper.

One tourist, who set off for a break in the Spanish sun, arrived with his partner and 10-year-old son, only to find that the hotel was closed. The family were forced to seek out and pay for new accommodation.

Some Britons are resorting to sleeping on the beach, while others have returned home. 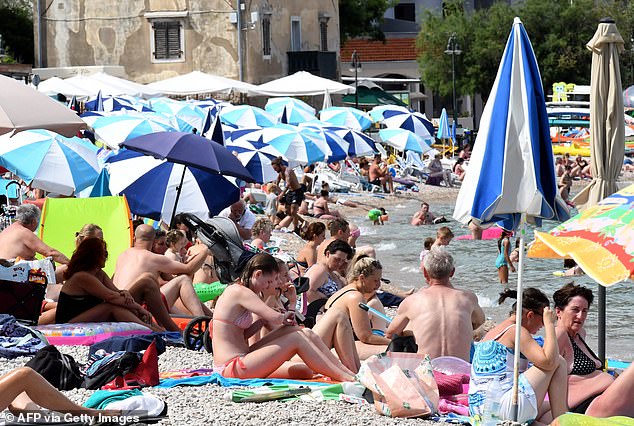 British tourists are having to sleep on beaches in Europe after paying for rooms in hotels abroad that are still closed due to coronavirus lockdown (pictured, people pack the beach as they sunbathe and swim in Moscenicka draga, near Croatia’s western town of Rijeka yesterday) 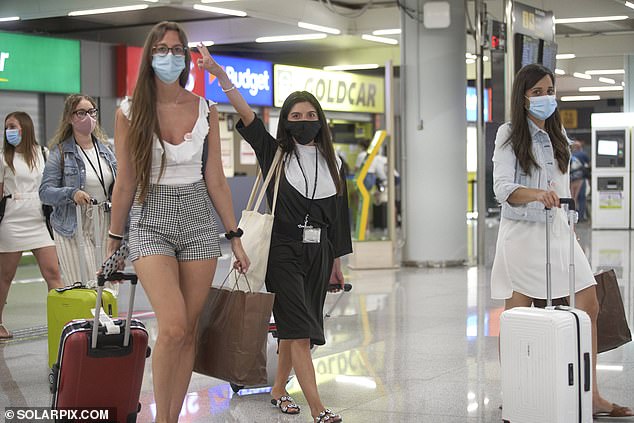 Consumer watchdog Which? reported the findings and said that the travel agency Loveholidays has been the main offender, according to the Times newspaper (pictured, passengers arrive at Palma Majorca from London Stansted and Luton Airport) 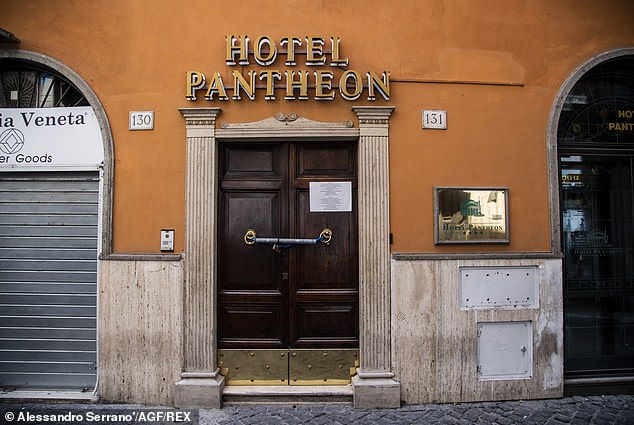 Pictured: The Hotel Pantheon in Rome closed due to the coronavirus pandemic on 24 June. Tourists have been arriving to their holiday destinations only to find that hotels are still closed due to the Covid-19 pandemic

Paul Davis, 48, from Lincolnshire, booked a holiday in Salou on the Costa Daurada in Spain on the 1 July to arrive just three days later on 4 July.

The trip, which cost over £1,500, was booked the day the Foreign Office relaxed its international travel advice, allowing Britons to take a hard-earned break in the sun.

On arrival, the 4R Regina Gran hotel was shuttered and Mr Davis was left with no other option than to book a new room. Eventually, he was able to transfer to a hotel run by Loveholidays, but he lost his £250 deposit for cancelling the second resort.

‘When we pulled up I thought we must have the wrong hotel: it was all shut and hadn’t been opened for a good while,’ he told the Times. ‘It’s disgusting. We were fortunate enough to have the money to stay somewhere else but lots of other people probably aren’t in that position.’

The original hotel was still available to book yesterday through Loveholidays.

Another tourist, Anita Lorenzo, contacted Loveholidays after finding the Sol Wave House in Magaluf, where she was due to stay, was closed.

Though they were assured they would be sent details of alternative accommodation before the trip last Saturday, she and her friends were forced to book a self-catering flat for £600 when they heard nothing from Loveholidays last Friday.

And Sammy Liperis only learned that the four star all-inclusive Sol Fuerteventura Jandiá hotel in the Canary Islands was closed when they were dropped off at the venue by a transfer company arranged for them by Loveholidays. 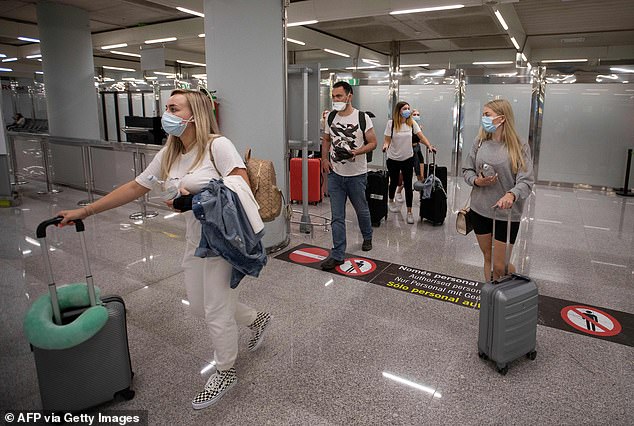 Some Britons are resorting to sleeping on the beach, while others have returned home (pictured, tourists arrive at the Son Sant Joan airport in Palma de Mallorca on July 8, 2020) 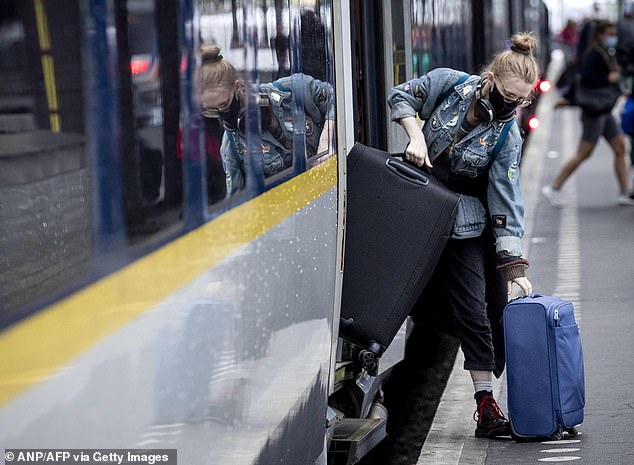 A passenger wearing a protective face mask, carries her luggage as she gets off an Eurostar train at Amsterdam Central Station, on July 9, 2020

One social media user tweeted at Loveholidays: ‘My family is leaving for Gran Canaria shortly and i called hotel and they are closed and so i need new hotel booked and any other changes done asap’.

Another ranted to On The Beach: ‘You lot are p*** takers. My son has been trying to get in touch with you for 16 days but you leave it to the day before he is due to fly knowing his hotel is closed, then say his hotel has been changed’.

According to Which?, the majority of complaints of rooms being sold at locked down hotels involve Loveholidays, but that there were some others.

Rory Boland, editor of Which? Travel magazine, told The Times: ‘It is beyond belief that holidaymakers have been left in a position where they have either had to fork out hundreds of pounds for alternative accommodation or risk being left with nowhere to sleep.’

A Loveholidays spokeswoman said: ‘We are aware of a few instances where customers have arrived at hotels that are closed and our in-resort emergency assistance team are working with those customers to find them suitable alternative accommodation.’

She insisted that in some cases the hotel had not informed the agent of its closure, adding: ‘We apologise for any inconvenience or distress this may have caused our customers. We will of course refund the cost of his hotel booking.’