A "lovely" pet bulldog was almost killed after a gang of evil thugs hacked his head open with a machete.

The pup, named Ruby, was found covered in blood on the side of the road in Anfield, Liverpool. 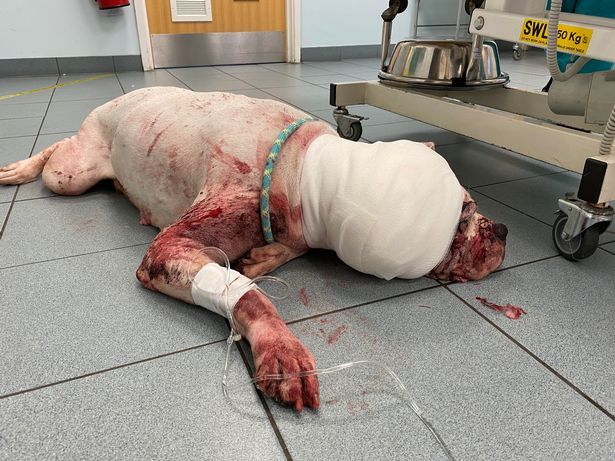 Officials believe attackers could have been attempting to senselessly hack the American Bulldog's ear off – and she was left collapsed and in a puddle of blood on Priory Road, near Stanley Park.

She was found so badly bleeding that her rescuer – a grieving man on his way to make arrangements for his dad's funeral – thought she had been hit by a car.

The hero scrambled to get her to safety, with PDSA vets working their magic and able treat her injuries.

RSPCA inspector Rachel Henderson told the Liverpool Echo: "We have no idea why [Ruby] was subjected to this horror – but we have traced her owner who said she ran off from her nearby home at about 12.30am on the Thursday when she was found.

"It is almost like someone wanted to cut her ear off. It must have been terrifying for her and caused a lot of pain and suffering."

Rachel added she thinks Ruby must have been found soon after she was attacked, and appealed for anyone with information to come forward.

But the inspector also shared some good news, adding Ruby had licked her face and was happily wagging her tail at staff as she continued her recovery from the attack.

Ruby will continue her recuperation at the RSPCA.

Anyone with information about the incident should call the RSPCA appeals line on 0300 123 8018. 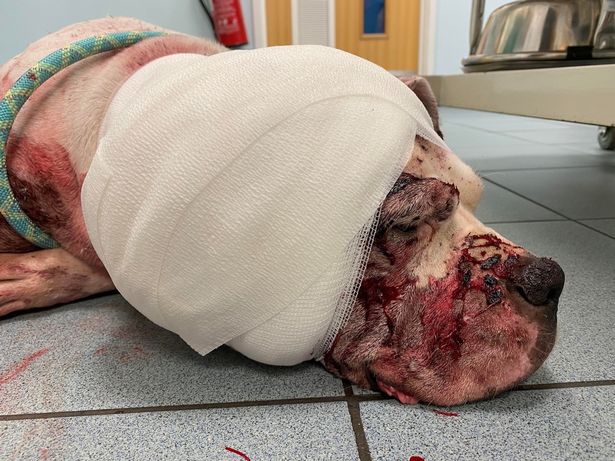